Participants of the G20 Summit in Hamburg in 2017

G20 – a meeting at the highest level 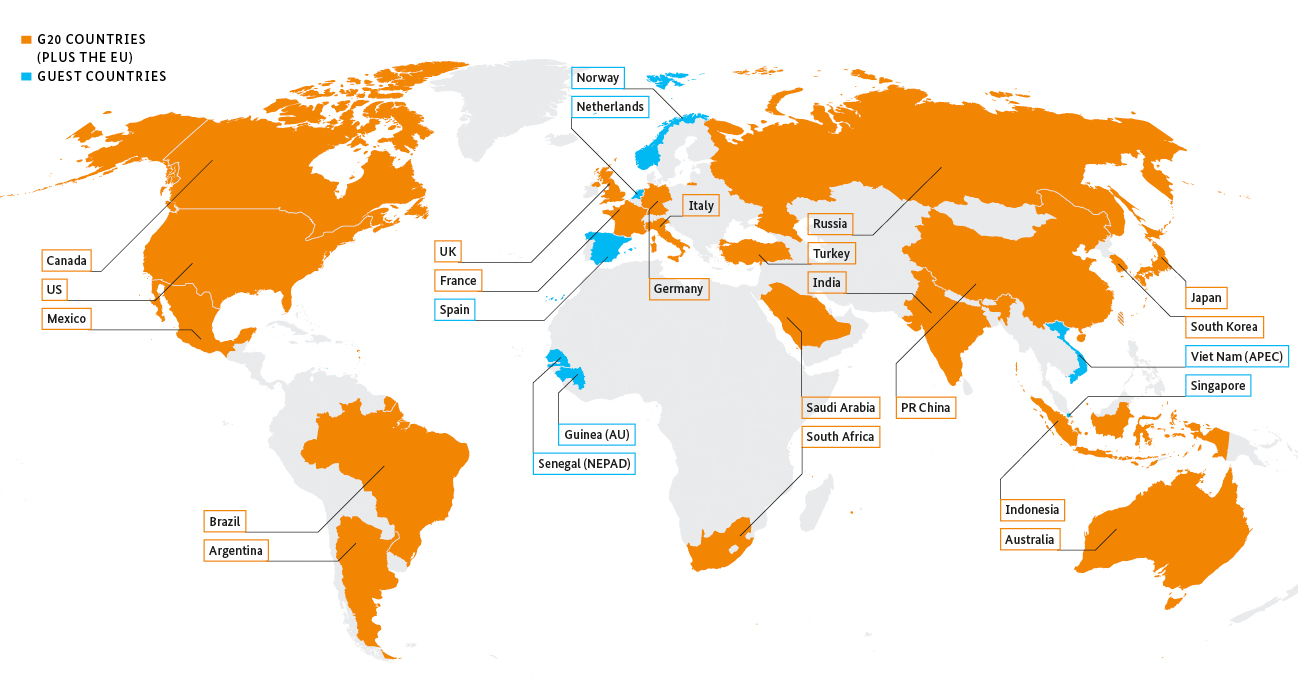 About two-thirds of the world's population live in the G20 member states Photo: Bundesregierung

The G20 countries produce around 80 percent of global economic output in terms of gross domestic product (GDP) adjusted for purchasing power parity. In 2015, China’s GDP was around 19.7 billion international dollars when adjusted for purchasing power parity. This makes China the largest economy in the world, followed by the United States, India and Japan. Germany was in fifth place, at 3.9 billion international dollars.

G20 countries account for three‑quarters of global trade. China, the United States, Germany and Japan are the four largest exporting countries in the world. Of the 20 countries with the largest volume of exports worldwide, 15 are members of the G20.

People – the countries with the largest populations

Around two‑thirds of the global population live in the G20 member countries. China, the country with the largest population in the world, has approximately 1.38 billion inhabitants, closely followed by India, which has a population of 1.3 billon. The United States, Indonesia and Brazil are next in the list. Germany is in seventeenth place.

Russia is the largest country in the world in terms of surface area. Its some 144 million inhabitants live in an area of around 17 million square kilometres. Indonesia is the world’s largest island country. It is spread across 17,508 islands. Brazil is both the largest and the most populous country in South America, with a population of over 200 million.

Participation – the most important guests