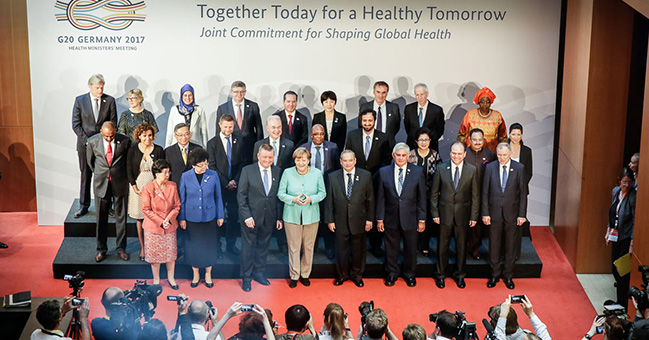 Working together to protect the world against health risks was a key issue at the meeting Photo: Bundesregierung/Denzel

In the eyes of the public, the G20 presidency is often equated with the summit of heads of state and government. However, much of what is discussed and approved there is worked out long beforehand.

A particularly important contribution to this work is made by the numerous meetings of the specialised ministers in the run-up to the G20 summit. At these meetings, individual G20 topics are dealt with in depth. For example, the G20 finance ministers meet several times during a year. In addition, the ministers in charge of foreign affairs, labour, health, agriculture and digitisation will hold meetings during the German G20 presidency.

The place and time for the planned specialised ministers’ meetings have already been established.