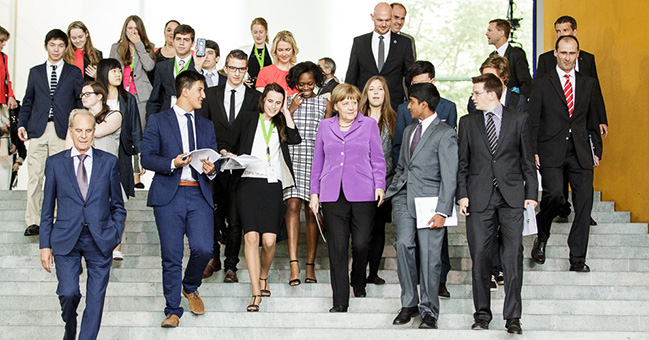 Free, self-assured and well organised civil society plays an important role in democratic countries. During Germany’s Presidency, it will make sure their ideas, opinions and proposals are heard on matters relevant to the G20.

The Chancellor attaches great importance to dialogue with different civil society groups. The German G20 Presidency does not believe that civil society engagement should be state-managed. The direction taken by the dialogue process is thus entirely in the hands of the groups in question. It is, however, the express wish of Chancellor Angela Merkel to be personally involved in this dialogue with representatives of civil society around the globe. In the run-up there is to be discussion between representatives of the respective groups and the G20 sherpas, within the framework of the sherpa meetings.
The dialogue forums will pick up on pertinent G20 issues, and will work with international partners to draw up recommendations for the German Presidency. Civil society actors are called on to lay out their own positions. The impetus and recommendations emerging from these forums will enrich the debates of the G20.

Dialogue in the run-up to the summit

The dialogue forums with Chancellor Merkel – an overview 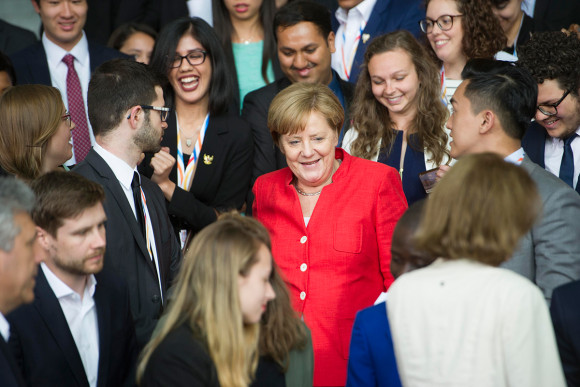 For five days young people from more than twenty countries engaged in discussions, met with experts, elaborated solutions, and wrestled with standpoints and wording. Photo: Bundesregierung/Loos