Germany took over the G20 Presidency on 1 December 2016. The G20 Summit was held in Hamburg on 7 and 8 July 2017. Below you will find answers to some frequently asked questions about the G20. 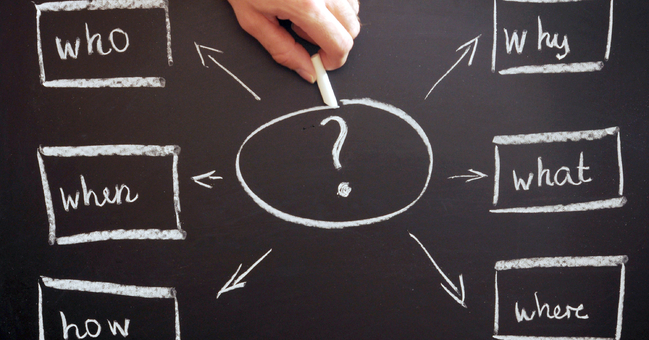 The Group of Twenty, or G20, is the central forum for international cooperation on financial and economic issues. The G20 countries account for more than four fifths of gross world product and three quarters of global trade, and are home to almost two thirds of the world’s population. Decisions taken by the G20 are influential and help to bring about reform at both the national and international level.

Who else is invited to the summit meeting?

Each Presidency can also invite other countries, regional organisations and international organisations to the summit meeting. Chancellor Merkel invited Guinea, which currently chairs the African Union (AU), to the 2017 G20 Summit, as well as Senegal, which chairs the New Partnership for Africa's Development (NEPAD), and Viet Nam, which currently chairs the Asia-Pacific Economic Cooperation (APEC). Other countries invited to take part in the 2017 Summit in Hamburg were Spain, a regular guest at G20 summit meetings, Norway, the Netherlands and Singapore.

The G20 is not an international organisation, but what is known as an informal forum.  That means it does not adopt decisions that have a direct legal impact. The G20 has neither an administrative board with a permanent secretariat nor a permanent representation of its members. That is why the Presidency, which rotates on an annual basis, plays such an important role.

The G20 meetings of Heads of State and Government were born out of the financial crisis in 2008. The G20 finance ministers and central bank governors had been meeting regularly since 1999. In the dramatic early days of the financial crisis it quickly became apparent that the necessary crisis coordination would only be possible at the highest political level. As a result, the meetings of G20 finance ministers and central bank governors were raised to the heads of state and government level. Since then, the G20 leaders have met regularly, and their annual summit has become the central forum for international economic cooperation.

Which topics has the G20 addressed so far?

Further, the G20 constantly addresses ways to achieve strong, sustainable, balanced and inclusive global economic growth and to boost employment. Since the first G20 Summit in Washington D.C. in 2008, trade has also been an item on the G20’s permanent agenda, as growth and employment are dependent on free global trade. The G20 therefore regularly sends clear signals against protectionism and in favour of fair terms of competition.

Other issues of global significance are often closely linked to economic questions. Examples include climate change, development policy, labour market and employment policy, the spread of digital technology and, currently, refugee policy issues and counter-terrorism. That is why ministerial meetings are held in addition to the summit at the invitation of the respective host country.

The Group of Twenty has met annually at head of state and government level since 2008. G20 Summits have previously been held in

What have been the main outcomes of previous G20 Summits?

The decisions made by the G20 have considerable influence on countries’ policies through their voluntary commitments and they can provide significant impetus for the conclusion of binding agreements.

The first two G20 Summits (in 2008 and 2009) took place against the backdrop of a looming global recession of unforeseeable dimensions. The G20 agreed on immediate economic measures worth over four trillion US dollars. It thus launched almost 90 per cent of global economic measures and calmed the markets. The meetings confirmed that it takes concerted action to prevent a global economic crisis.

At the first summit in Washington D.C. in 2008, the G20 Heads of State and Government adopted a 47-point plan containing a host of measures aimed at tackling and preventing financial crises. The G20 agreed on measures to reform and regulate the financial markets and to strengthen national banking systems in order to normalise lending. Agreement was reached at the London Summit in 2009 to raise capital requirements for banks and to cap bank managers’ pay. The Seoul Summit in 2010 saw the launch of Basel III, which sets out rules for a higher level of capital for banks and national bank regulation. At the summit in Antalya in 2015 the G20 agreed on additional total loss-absorbing capacities for systemically important banks in order to prevent taxpayers having to foot the bill if a bank collapses. The G20 is constantly working to further improve the international financial market architecture.

The G20 has also proven successful in the sphere of combating harmful tax competition between countries and aggressive tax policies adopted by international firms. In Antalya in 2015, the G20 agreed on a 15-point Base Erosion and Profit Shifting (BEPS) Action Plan, which it reaffirmed at the Hangzhou Summit in 2016.

The exchange of information between the G20 members is a crucial aspect when it comes to combating profit shifting into tax havens. The G20 has committed to launching this type of automatic exchange of tax-related information by the end of 2017 or 2018.

Sending a signal against climate change

Apart from purely economic issues, G20 resolutions have also provided key impetus for the conclusion of binding agreements at the United Nations level. Climate action is the latest example. After the G7 expressed its commitment to adopting an ambitious global climate agreement in order to limit global warming to a maximum of 2°C, the G20 also expressed its support of this goal. The United Nations Climate Change Conference in Paris in December 2015 adopted a legally binding international climate agreement designed to keep global warming significantly below 2°C. All those participating in the G20 Summit in Hamburg – with the exception of the USA – reaffirmed their commitment to the Paris Agreement.

The G20 provided impetus for the adoption and implementation of the 2030 Agenda for Sustainable Development. At the last summit in Hangzhou, it presented an action plan that includes all the G20 inputs towards implementing the sustainable development goals (SDGs) and provides an overview of individual G20 members’ national measures. The G20 had already adopted a Multi-Year Action Plan on Development at the G20 Summit in Seoul in 2010. In addition, annual reports are drawn up.

WHERE CAN I FIND OUT MORE ABOUT THE OUTCOMES OF PREVIOUS G20 SUMMITS?

Leaders’ Communiqués containing the key results are issued at every Summit, along with reports and action plans. The 2017 and previous Leaders’ Communiqués can be found at G7/G8/G20 Summit Documents, where you will also be able to watch the press conference Chancellor Merkel gave on 8 July following the end of the Summit. The Federal Government’s reports on the G7 and G20 Summits of previous years can be found at Reports and Declarations by the Federal Government.

Why was the G20 created?

The meeting of G7 finance ministers and central bank governors was expanded into the G20 format for the first time in 1999. This was prompted by turbulences on the international financial markets during the Asian crisis. In the face of the financial crisis in 2008, the G20 meetings were raised to the level of heads of state and government.

How was civil society included in the G20 process?

Civil society involvement in global governance processes has a long tradition in Germany. The dialogue with civil society is intended to provide an opportunity to discuss ideas and recommendations put forward by stakeholders and to include them in ongoing negotiations where appropriate.

Responsibility for organising these meetings lies solely with civil society. The focus is on current G20 topics on which civil society, together with international partners, draw up recommendations for the G20. In the run up to the dialogue forums, civil society representatives have the opportunity to be involved at the negotiating stage at the level of the G20 Sherpas.

When did the civil society meetings take place?

When did the G20 ministers’ meetings take place?

The following G20 ministerial meetings were held within the framework of Germany’s G20 Presidency ahead of the Summit in Hamburg:

THE G20 SUMMIT IN HAMBURG

Why was the G20 Summit held in Germany?

Following the regular cycle, the 2017 G20 summit meeting was to be held in a European country in 2017. European G20 partners welcomed Germany’s willingness to host the G20 Summit in 2017. There are few cities that meet the criteria for hosting both the Heads of State and Government as well as their delegations, guests, journalists and technicians. Chancellor Merkel chose Hamburg as the summit venue in consultation with the First Mayor of the Free and Hanseatic City of Hamburg. Protocol staff in the Federal Foreign Office assisted delegations in finding accommodation. The foreign Heads of State and Government, their delegations and journalists paid for their own accommodation.

Who was responsible for security during the G20 Summit?

Hamburg Police were responsible for security during the G20 Summit. They were assisted by the Federal Police, the Federal Criminal Police Office and by the police authorities of other federal states. The police in Hamburg were responsible for overall planning and operations management. They were to guarantee the safety of those participating in the Summit, as well as of peaceful demonstrators and the local population in equal measure. Despite all their efforts, however, there were serious riots during the Summit, which the Federal Government strongly condemn.

What help will victims be given?

As soon as the G20 Summit had ended, Chancellor Angela Merkel and the First Mayor of Hamburg, Olaf Scholz, thanked the police and other emergency forces involved in securing the Summit. They also expressed their sympathy towards the citizens of Hamburg whose property was damaged as a result of the “unimaginable violence” perpetrated by left-wing extremists. Chancellor Merkel and First Mayor Olaf Scholz announced that they would be looking into how those whose property was damaged could be given rapid and unbureaucratic help.

Hamburg will be setting up an office that will provide assistance to those whose property was damaged in the riots. The Hamburgische Investitions- und Förderbank will also be responsible for making payments and dealing with questions around insurance. The Federal Government will cover half of all the costs.

What did the G20 Summit cost?

The 2017 G20 summit cost the German government € 72.2 million. This sum includes expenditure for the organisational and protocol-related preparations for the summit, the holding of the event, media support services and security services for the state visitors and their delegations. To assist the Hanseatic City of Hamburg in the area of emergency response and management, additional costs of € 50 million were borne by the German government for the OSCE Ministerial Council and the G20 summit together. This sum includes a lump sum payment and the decision to waive the reimbursement of costs for the services of federal authorities as well as the costs of various materials and equipment.

Who will take on the Presidency of the G20 after Germany?